‘Bizpedia Does The Apprentice’ charity event raises money for CIS’ters

Recently we ran a charity event to fundraise for CIS'ters. The event raised £34,000 and consisted of our members taking part in a business challenge. Find out more about the event.
Continue Reading

On the 6th of July, we ran a charity event titled ‘Bizpedia Does The Apprentice’ to raise money for CIS’ters.

Every year, we fundraise for a selected charity. Members get the opportunity to nominate a charity and then we shortlist 3 based on location and differing causes. The shortlisted 3 are put to members and the one with the highest votes is our chosen charity. We then come up with a fundraising theme.

CIS’ters was chosen in 2019, but, due to the pandemic, fundraising was rearranged for this year. CIS’ters is a fantastic charity that supports women who have suffered rape, sexual abuse and sexual exploitation as a child and has helped thousands of survivors with much-needed emotional support. The latest survey by the ONS revealed that a shocking 7.5% of adults experienced sexual abuse when under 16 years old. The impact can be extensive both on an individual’s emotional and physical wellbeing. Gillian the Founders of CIS’ters said: “Callers have stated that the peer-lived experience response from CIS’ters makes a huge difference, and gives them the courage to create change in their lives.” We feel the work the charity does is incredible and were very happy to run a charity event for the charity’s cause.

The ‘Bizpedia Does The Apprentice’ charity event on the 6th of July consisted of the 5 Bizpedia groups going head to head with a business challenge: to find the UK’s most resilient business by gaining entries to a mental health tournament. The format was similar to that of the TV show The Apprentice; team captains were selected, and the groups then sought out businesses to enter for £250. The Bizpedia group that raised the most via entries would be crowned the winner and would receive a Sunseeker Charter as a prize for the following day on the 7th of July. All money raised through entries was donated to CIS’ters.

The businesses who entered the mental health tournament were booked in for an office visit between October this year and March 2023. During this visit, staff will wear wearable technology to allow Bizpedia to monitor participants during a guided meditation and through a series of ‘challenges’. The technology will allow Bizpedia to estimate relaxation levels and how quickly individuals can relax after being faced with a challenge; this will allow resilience to be tested. Resilience is a great skill to have, particularly when businesses are faced with challenges frequently. Having the capacity to bounce back can help to improve staff and business performance. The tournament itself will make people aware of new technology and encourage a positive discussion around mental health.

Once all visits have been completed, each individual’s score will be added to Bizpedia’s game engine to calculate total company scores. These will then go on an official leader board. The tournament will culminate in a live final of the top 4 teams to find out who will be crowned the inaugural winner.

The Bizpedia team who raised the most money at the event were Southampton group; they raised a whopping £12,000. Over £34,000 was collected in total for CIS’ters. 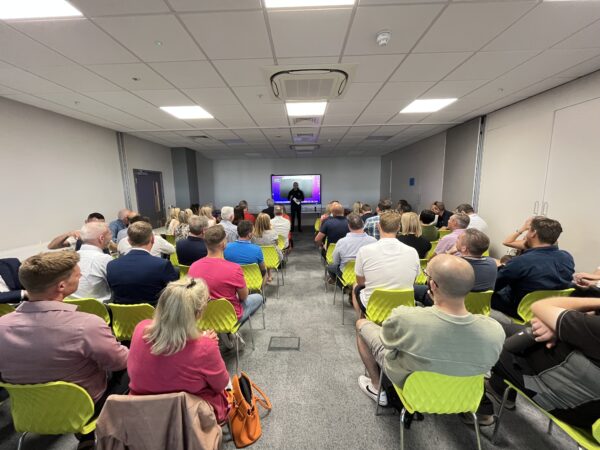 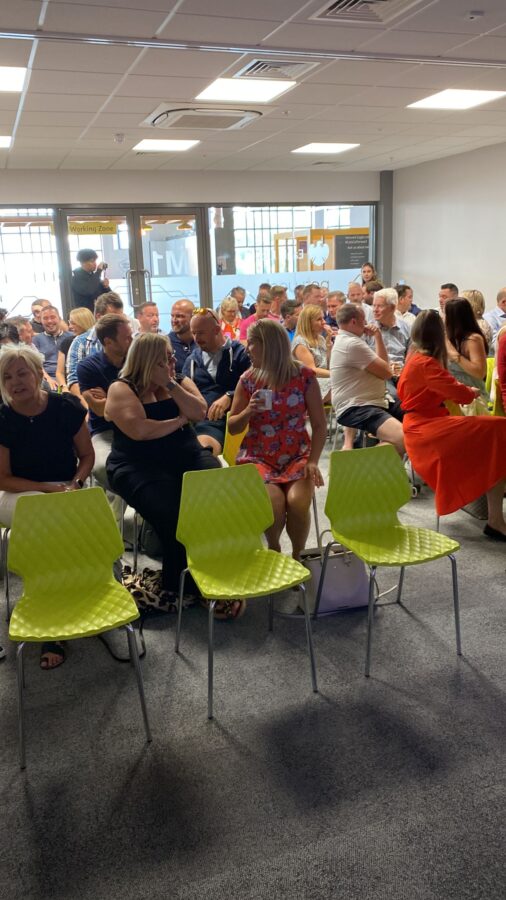 Josh, the Founder of Bizpedia, commented: “On Wednesday 6th July,  the entire community assembled to raise money for CIS’ters, a great and worthwhile charity! In under 5 hours we raised over £34,000. It was so inspirational watching people give up their time to make a difference to others!

Thanks to everyone who donated and Barclays Eagle Lab for Hosting. The biggest thanks has to go to our members! They were absolutely incredible. I have nothing but love and respect for you all.”

Gillian, the founder of CIS’ters, commented: “In our prior fund-raising experience elsewhere we knew that the ‘topic’ of our charity is one which society prefers to avoid (if at all possible). All sexual crimes are abhorrent, but those committed against children by a relative are considered to be the most invisible. Bizpedia members will have, by ringing multiple contacts, helped raise awareness of the topic and in doing so have created pathways for other victim/survivors to disclose. Thank you; above all that is the greatest gift you gave us all that day, and since. Making something unspeakable be spoken about. I was one of those victims, never speaking of the rapes I experienced as a child until I was in my 40s and set up CIS’ters in Sept 1995. Thank you again.”

Samantha Richley, Chair of CIS’ters stated: “On behalf of our Trustees and beneficiaries I want to thank Bizpedia and all of the individuals who made the collective effort to raise funds on our behalf. Your commitment and dedication to the event was awesome and will always be remembered as ‘a moment in our history’. In October we will provide feedback on how the funds are being used.”

We are still taking donations, so if you would like to donate to a worthwhile cause, please visit our Give As You Live page.

If you would like to find out more about CIS’ters, you can visit the CIS’ters website. For more information on the event, contact Josh at josh@bizpedia.com.