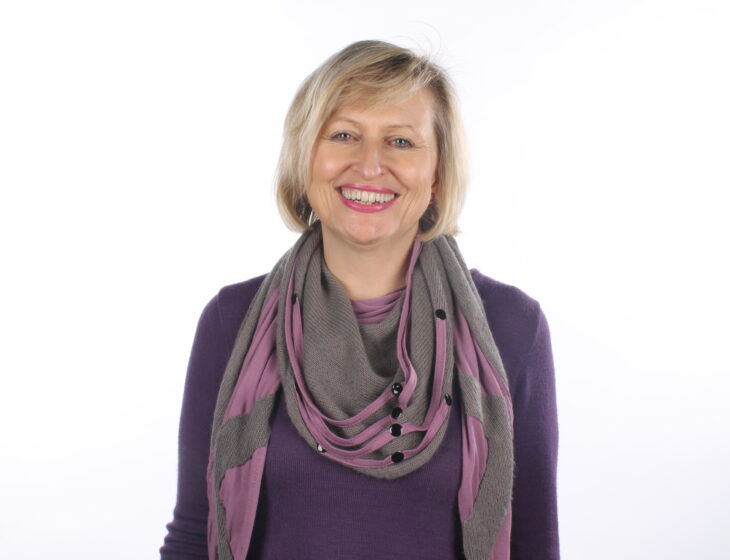 Lizz Clarke, the Founder and Managing Director of LCM is our July Member of the Month. Find out about her journey and how she overcame her business hurdles including with staff, as well as how Bizpedia led her to Yoga.
Continue Reading

Each month, we interview one of our members to find out about their journey as a business owner, the hurdles they faced and how Bizpedia has benefited them.

For July, we interviewed Lizz Clarke, who is the Founder and Managing Director of Logical Creative Marketing. LCM is a full-scale PR and marketing agency that offers an outsourced or part-outsourced marketing service to owner-managed businesses in the UK. Services include web design, SEO, PPC, branding, content development and more.

Lizz started her business in 1989. She always knew she wanted to be a business owner, and when the time came, naturally fell into setting up LCM. In the years of running the business, she faced some tough hurdles, including challenges with staff. Read on to find out about her journey and how she overcame her hurdles, as well as how Bizpedia led her to Yoga.

1. Tell us a bit about your journey – how did you get to where you are today?

When I was 21, i’d graduated from University, and was working at the Daily Echo, in the advertising team. The Echo put me on the Dale Carnegie Course so that I could develop my leadership skills in preparation for career advancement. On session three of the course, they asked us to write down our goals. Mine was to set up a business by the time I was 30, as I wanted to make my own decisions and control my own destiny. However, although I knew that I wanted to be a business owner, when the time came, setting up LCM was not planned.

After completing the training, I was promoted to supervisor and then trainer at the Echo, and also started the two-year process of becoming a Dale Carnegie Instructor. I eventually left the Echo in 1984 and by then, was a Dale Carnegie Instructor, and over the next few years, graduated in all seven of their courses, including their sales training course. Alongside that, I worked in various in-house marketing roles and then at an advertising agency; in all these roles, I maintained an element of sales.

In 1989, the UK head of Dale Carnegie approached me and offered me a marketing director role with the company in the UK. I was really excited but, as I had just had a baby, I said that I wanted to work from home and be self-employed. Dale Carnegie agreed to the terms.

I created a company name and registered as a limited company. This is when I set up LCM.  I began working solely with Dale Carnegie and their seven licence holders, gradually picking up other clients along the way.  The company just grew from there.

While undertaking the marketing director role, I was still a freelance business trainer for them. Going into organisations such as ASDA and Tesco helped me to understand what a company needs to do to make marketing work. It is not just about ‘doing marketing activity’; it’s about making sure the marketing strategy fits with the business strategy, that internal, corporate and customer comms are strong, and that the company’s brand values permeate through every single thing.

2. What hurdles did you face along the way and how did you overcome them?

The hurdles were things I didn’t know that I didn’t know. For example, one was an understanding of VAT when I first set up LCM. I just couldn’t get my head around how to do it. I enrolled on some Business Link training that explained this and many other aspects of business, and that was invaluable to me.

The biggest hurdle, however, was managing staff. I had a track record for taking on inexperienced staff, training them up and keeping them for quite a long time, but then they’d leave. I spent a lot of time developing staff and then they would be poached by other companies. I worked hard to build a good atmosphere and then someone left, and I had to restart again as the team dissipated, which was disheartening.

I don’t think I was tough enough as a manager. I had many staff who would not use the company systems or fill out timesheets. It took me a long time to learn to let staff go before they became a problem. I gave people far too many chances and, in an effort to be supportive I was too soft.

I bought the office at 10, Fareham High Street and ran LCM from there for 25 years, and then decided to sell the property and run LCM from rented spaces. After a few happy years at the Innovation Space Portsmouth, and Gatcombe House in North End, we decided to run it from our house where it had started, as the children had all left and we were rattling around with lots of unused space and plenty of parking for staff, clients and associates.

At this point, we were making an important transition. As a member of staff left, we were replacing them with freelance associates, some of whom we had already been using for spill over work. Gradually, LCM has become fully staffed by associates and partners.

The beauty for our clients is that LCM’s overheads are low, and we can pick the best person or partner company for the job, rather than be forced to use the staff that we have.  We can also carry out work that clients need, but which we haven’t done before, by picking a good partner for it.

Our clients just want the marketing done excellently and they want to deal with as few people as possible. The prefer to get one invoice rather than attract a whole load of extra admin; they trust me to pick the right people and they appreciate the way we are set up nowadays, particularly because of the freedom in working practices that Covid has engendered.

We recruit associates and partners in the same way that we had been taught to recruit staff, it’s just that instead of an employment contract, they have an associate contract, and instead of a salary they invoice LCM. My associates have been incredibly loyal to me and most of them consider themselves to be part of LCM.  Some have represented LCM at Bizpedia events.

My finance and admin manager, Annette Moran, known to many Bizpedia members, has even gone freelance by her own choice, having been with me for 25 years. She has worked for the last four years from a yacht in which she and her husband are travelling the world – what’s not to like!

3. What is an ideal customer for LCM?

An ideal customer for LCM is a B2B owner-managed business in the South of the UK which has reached the stage where they want professional marketing support, and would prefer not to take it on as an overhead. We work with companies who have a turnover of more than 5 million pounds, or, if they are a service business, a turnover of around 1 million.

We particularly like to work with companies that are eco-driven and/or people-driven.

4. What’s the greater impact you want to create by running your business?

To have a really positive impact on our clients’ companies, such as gaining more customers and retaining staff for them by communicating what they do and by getting their message out to more of the right people. That is what drives us all, we love to know we are making a difference.

5. What is the most valuable lesson you have learnt?

That you should not rush around being a busy fool, but instead, stop and think things through. Especially when I am struggling with a piece of work or when I feel overwhelmed, I go for a walk, make a coffee, hang out some washing or do a few yoga asanas, because when I come back and reapply my mind to my work, I get totally new thoughts, or someone has moved something forward that I was waiting for, or a solution has naturally occurred. It helps outside work, too with family and friends, and home projects

6. What is the one piece of advice you would give your younger self if you could go back in time?

I would tell my younger self to worry less and plough into things more, as most things aren’t as bad as you’d feared.

7. How has Bizpedia benefited you and your business?

The biggest benefit from Bizpedia is the holistic approach to the members, especially the introduction to meditation. After Josh did the first one at a board meeting, I started taking meditation classes. This led me to do a yoga course, which I loved so much that I became a Yoga Instructor. It has been a huge thing for me.

The second benefit is the people. Running a business can be lonely. Sitting around a table and hearing other people’s situations and getting advice from them have been priceless to me.

8. What is the best holiday you have had?

When my husband Kevin and I went to Sydney, in Australia, in April 2011 to visit our eldest daughter. She booked a B&B for me and my husband and as we opened the window, we heard lots of different bird calls in the middle of Sydney, which was amazing. We had a couple of tours of Hunter Wine Valley, as well as many other great activities. We had a fabulous time and have been back many times since, now seeing our son who is out there too, both kids living their best lives. I have to say our daughter in Somerset is also rocking it!

9. If you could go back in time, who would you want to meet and why?

Jane Austen. I think about her most days, asking myself what would Jane Austen think if she was on the earth now.  She was a single woman, not an easy thing to be in those days, and despite this she wrote six of the most enduring novels about human life that have ever existed, plus two unfinished works. I would ask her how she knew so much about people when she had an enclosed life, and also what would have happened in the Lady Susan & Watsons and Sanditon if she had completed them. Her novels have incredibly detailed characters and some hilarious caricatures, her books are still being filmed now with top actors (particularly Pride & Prejudice and Emma), Bridgerton is a famously updated nod to them, and they are so beautifully written. She died in 1817 aged just 41 and is buried in Winchester Cathedral, where it intrigues me that there is no mention of her writing on her gravestone.