Last month, we ran our first-ever Bizpedia Ryder Cup event. It was our own version of the Ryder Cup golf tournament that takes place every 2 years between Europe and the USA. Find out more about the day.
Continue Reading

On the 8th of August, we ran a Bizpedia Ryder Cup event. It was the first golf day that we have organised, and the event was kindly sponsored by two of our longest-standing members, Darren Cooper, MD of from Peter Cooper Motor Group and Steve Mullins Partner, Action Coach Portsmouth & Business Growth Specialists.

We wanted to host a golf day event with a fresh approach, so we created our own version of the Ryder Cup golf tournament that takes place every 2 years between Europe and the USA.

The event was held at the prestigious Stoneham Golf Club. A total of 56 members and guests attended, having been personally invited by either Josh, Darren or Steve. The members and guests were divided into 2 teams of 28. Darren and Steve were captains, Darren as the European team captain and Steve as the USA captain. The teams enjoyed some tea, coffee and bacon rolls at the start of the day and then competed in a 4ball better ball match play to win the Bizpedia Ryder Cup Trophy. After the golf had concluded, the teams enjoyed a delicious BBQ, the winners were revealed, and prizes were given. 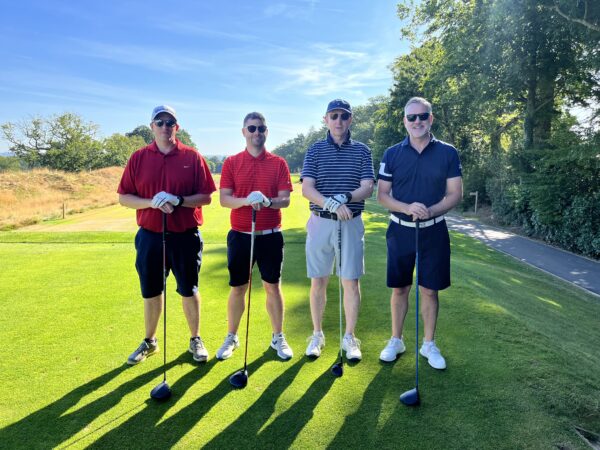 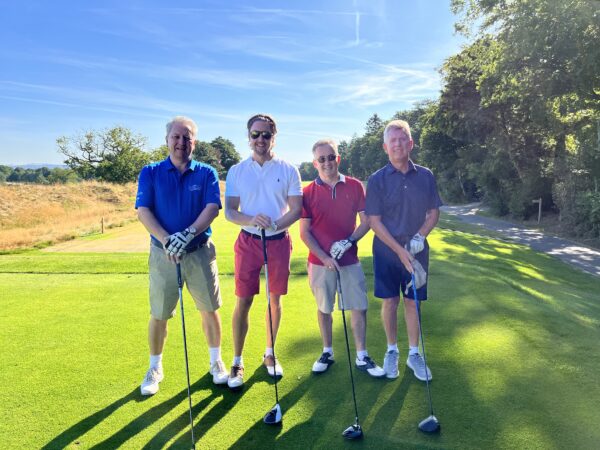 Europe was the winning team in terms of matches, with a score of 10.5 to 3.5. Although the official rules for the day was to play all 18 holes, with the score at the end of each match to be added to the team’s overall tally.

To this effect, Europe came in with a thumping victory of 43 points to 7. 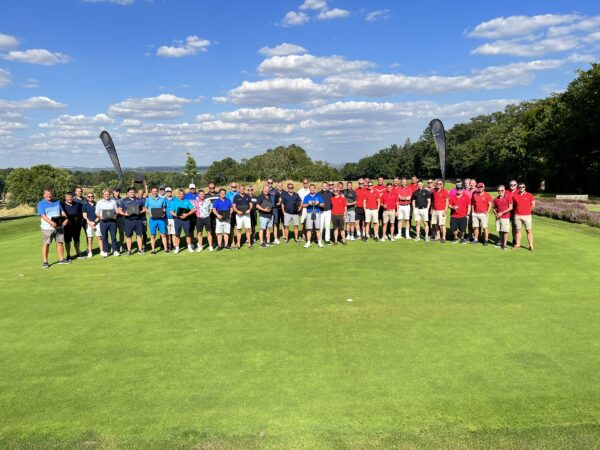 Darren Cooper commented: “It was an honour to Captain Team Europe to victory against such a strong team from the US. Stoneham Golf Club and the connections from Bizpedia complemented a fantastic day all round! Let’s hope we can bring the cup home yet again in next year’s Ryder Cup event.”

Steve Mullins commented: “The Bizpedia Golf day was a great success; every one of our guests had a very enjoyable day. It was a great atmosphere to bring the local business leaders and close connections together for an informal day of networking and great golf.”

Josh, Founder of Bizpedia commented: “We wanted to run a golf day with a difference, and I think we certainly did that with our take on the famous Ryder Cup format! It was fantastic to have such a quality and varied list of guests. The sun was shining. Stoneham Golf Club was incredible. I want to thank all the guests for contributing to the spirit of the day. I am already planning and looking forward to hosting this day again next year.”

If you are interested in joining Bizpedia to meet other high-quality business owners, build new connections and have fun along the journey with our prestigious events, enquire to join on our website.

Basingstoke members visit the Bombay Distillery for their May Guest event